The Early Generation Seed (EGS) System program is a partnership project between USAID and BMGF that set out to explore how public-private models are essential for making seed systems work by examining the operational, financial, and organization dynamics of ten EGS systems that ranged from banana in Brazil, to pulses in Canada, to rice in Bangladesh.

The result is a diverse set of case studies on EGS production and distribution systems that describe the form and function each system takes to serve commercial seed producer demand.

Public research institutions have developed and released improved varieties that exhibit better yield and tolerance to biotic (i.e., diseases and pests) and abiotic (i.e., drought) stresses than traditional farmer-saved seed. Despite the advantages of these improved varieties, they have not been broadly adopted in East, West, Central and Southern Africa.

In 2016, the Bill & Melinda Gates Foundation and USAID jointly funded studies in the African Green Revolution Alliance (AGRA) countries. These studies indicated that the lack of early generation seed (EGS) production is a primary bottleneck that constrains agricultural development and that partnerships between the public and private sector would be needed to resolve it.

In total, the project team profiled ten EGS systems – five studies on roots, tubers, and bananas; two on pulses; and three on rice.

If both public and private sectors work in collaboration, they will both benefit as early generation seed systems grow from emerging to expanding to mature.

Emerging early generation seed systems
These systems are reliant on the public sector with few self-sustainability measures yet in place, constraining growth.

Mature early generation seed systems
These systems have both public and private sector support and the structured value chain has self-sustainability measures in place.

CGD hosts the EGS case studies on our partner website, Agrilinks. Agrilinks is funded under the USAID Feed The Future program and is focused on achieving agriculture-led food security through knowledge sharing.

In total, the project team profiled ten EGS systems – five studies on roots, tubers, and bananas; two on pulses; and three on rice. The case studies produced stand-alone presentations, which are available for review, as well as a project overview, can be found through the button below.

1. Public sector funds varietal development and agricultural extension
In even the most mature seed systems, the public sector plays a vital role in varietal development and agricultural extension. This is done sustainably through established and reliable funding sources such as recurring funds from government research institutions and universities, as well as competitive grants. Key operating costs funded by the public sector include researcher salaries and benefits, consumables, and facility upkeep such as office space, fields, labs, and acclimatized storage.

2. Breeding programs focus on the needs of farmers
In mature systems, breeding teams work closely with growers, seed companies, and industry to develop varieties with a differentiated value over saved seed, thereby increasing growers’ willingness to pay for improved seed. The commercial success of new varieties and breeding program longevity rely on continuous input and collaboration from industry and growers.

Mature breeding programs have deep empathy for farmers’ needs and evaluate thousands of lines annually for the agronomic and grain traits that matter most.

Farmer participatory breeding strengthens the relationship between breeders and growers, stretches public sector resources, hastens varietal speed to market, enables bulking prior to release, and stimulates the adoption of new varieties. The public sector leverages private sector feedback from on-field performance trials and grain testing to increase the efficiency of its resource allocation and to improve the commercial adoption of new varieties.

Idaho potato example
The Nuclear Seed Potato Program (NSPP) operates on a yearly production planning cycle to ensure that supply meets demand. Growers typically place orders in December to receive mini-tubers or plantlets by the following fall. The program does not assume surplus demand, which encourages growers to plan for their planting needs well in advance. Instead of binding contracts, growers make informal agreements for picking up and paying for seed. Self-regulation in adhering to the informal agreements is made effective on the basis of grower reputation being dependent on following through on ordering commitments.

Saskatchewan pulses example
Located in the heart of Saskatchewan’s main pulse-growing region, the University of Saskatchewan acts as a central hub for important actors in this EGS system. The main organization involved in new variety development and testing (Crop Development Centre), the provincial commodity association (Saskatchewan Pulse Growers), the key bridging organizations (Ag-West Bio and Food Centre), and national research organizations (The National Research Council, Agri-Food Canada) are all either on the university campus or within a 15-minute drive. A strong level of trust exists between these key system actors, which is aided by their close proximity and ability to meet in person, both formally and informally.

5. Quality assurance system adds value for farmers
The seed quality assurance system is fit-for-purpose, industry-respected, adequately resourced, efficiently managed, and adds more value to farmers than the costs it imposes. In mature systems, certification agencies are viewed as partners entrusted to be the custodian of the seed sector.

Michigan dry bean example
Production quality has differentiated Michigan farmers’ black beans and is a reason why they command a price premium in key export markets (e.g., Mexico). Michigan Crop Improvement Association (MCIA)’s strict seed certification process assures growers that the certified seed they purchase and the plant is true-to-type and disease-free. MCIA is unreserved in rejecting fields that do not meet the state’s seed certification requirements, as evidenced by the ~30% rejection rate of fields evaluated for certification.

Arkansas rice example
Arkansas rice farmers’ desire for quality seed supply and improved varieties predates the required check-off programs started in 1985. Prior to 1985, growers voluntarily contributed to funds directed toward industry promotion and later, specifically toward the research of new rice varieties. Growers’ willingness to pay out of their own profits factored into the success of the breeding program and overall rice industry growth. Furthermore, robust grower interest in serving in leadership and committee roles of two voluntary funding groups has been central to continued success. These groups eventually merged to become the AR Rice Research and Promotion Board, which is still in place today.

Idaho potato example
Seed growers anticipate commercial demand through a deep understanding of farmer operations and market dynamics. Seed growers lean on their experience and industry connections to operate at optimal production capacity. They are also well trained through repeated interactions with Idaho Crop Improvement Association on how to achieve certification standards. The best seed growers operate on a four-year production planning cycle and do not plan for oversupply, recognizing that it is extremely difficult for growers to market surplus potatoes once the potatoes are stored for extended periods because of changes in the fresh market and processing qualities. A seed grower coop has developed an alternative channel for the “big uglies” that cannot be sold into traditional channels, but growers do not rely on this channel’s availability when planning their supplies. Growers only supply varieties that customers demand and are reluctant to bring on new varieties that have not been sufficiently requested.

Our Work I About CGD I Support Us I Contact 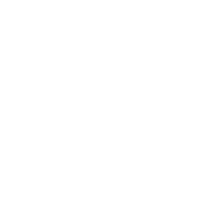